How Long Does Viagra Stay In Your System? 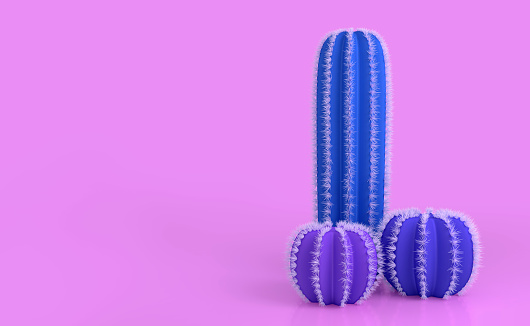 Depending on your Viagra dosage, age, body metabolism, and your diet, Viagra can remain active in your body between 2 and 4 hours. Once you take the drug, you can expect a hard erection that lasts for 33 minutes on average.

Oral medications are usually the first line of treatment for erectile dysfunction symptoms. For most males having difficulty having and keeping an erection firm enough for intercourse, these drugs work well and prove very helpful.

While there are many ED medication drugs, Viagra is arguably the most popular and most effective as well. Viagra reverses erectile dysfunction symptoms by simply boosting the effects of nitric oxide, a natural compound in your body that relaxes muscles in your penis.

This enhances blood flow in your penile region, allowing you to have an erection in response to sexual stimulation. If you are contemplating taking Viagra, it can be helpful to know what to expect from the magic blue pill.

One common question most people often ask is how long it takes for Viagra to completely leave your system after taking the drug. We have done our research are ready to provide you with an answer regarding the amount of time it takes for Viagra effects to diminish.

How long does it take for Viagra to completely leave your system?

Viagra belongs to a group of drugs known as PDE-5 inhibitors. During the first phase of an erection, a chemical compound called cyclic guanosine monophosphate cGMP causes the tissues as well as muscles in your penis to relax, enabling blood flow towards it. And because the muscles are relaxed, the blood gets trapped, causing an erection.

When cGMP starts to break down, the erection ends as blood flows out of your penis. Viagra works by blocking PDE-5, which is responsible for breaking down the cGMP. And because the cGMP is now prevented from breaking down, the tissues in your penis remain relaxed and engorged with blood, ensuring you can keep an erection.

When consumed orally, your body rapidly absorbs the medication into your bloodstream. Usually, the concentration of the drug in your blood peaks around 30-120 minutes after taking the drug. It is very possible that you may start feeling the effects of the drug at any time during this window.

On average, it takes between two and three hours for the effects of Viagra to start to diminish. However, it’s worth noting that Viagra can potentially last up to 8 hours or even longer depending on your dosage, your body’s metabolism, age, and a number of other external factors.

Regarding how long its effects may last in your system, Viagra has a half-life of about 3 to 4 hours. This simply implies that the amount of active Viagra in your bloodstream reduces by nearly half after this time period. However, it may take up to 24 hours for all the traces of Viagra to exit your body.

How long does 100mg Viagra last?

As earlier mentioned, there are several factors that can affect the duration of time Viagra stays in your system, including Viagra dosage.

Viagra dosage is available in 25, 50, and 100-mg. The amount of Viagra you take affects how long it stays in your bloodstream. In this regard, the smallest dosage, 25mg, won’t last as long as the largest available dose, 100 mg. But taking a higher dosage isn’t always recommended, as it might not be safe for you.

However, regardless of your individual metabolism, age, or any other factor, Viagra effects should wear off after 4-6 hours. However, this doesn’t entirely imply that you should remain erect during this period.

If your erections last more than four hours, you should seek immediate medical attention because you may be at risk of developing priapism, an extended erection that can permanently damage your penis if you fail to see a doctor right away.

Do you stay hard after coming with Viagra?

If you regularly lose your erections during intercourse, a proven erection dysfunction medication such as Viagra can make getting and keeping erections easier. The active substance, sildenafil, needs between 30 minutes and one hour to be absorbed in your bloodstream. This implies that you need to take the pill nearly an hour before planned intercourse.

The drug’s effectiveness will not be as strong at four hours as at one or two hours after taking the drug. However, it is imperative to note that Viagra won’t guarantee a two, three, or four-hour-long erection once you get hard!

If you have an orgasm and ejaculate eventually, your penis will inevitably soften once again. This is pretty normal and is referred to as the refractory period and this drug wasn’t designed to override it. On a positive note though, Viagra may help you to regain your erection much quicker if you are in for an extended sexual session.

Studies have shown that Viagra significantly shortens the so-called refractory period. On average, those who took Viagra were able to experience another erection 5.5 minutes after an orgasm, compared to 17 almost minutes without using the blue pill!

How long does 20mg Viagra last?

How long can the average man stay erect?

Many people want to know if they are “normal” when it comes to anything associated with sex. And for men, it’s very common to wonder about how long you can stay erect during intercourse. However, the truth is that erections and sexual experiences, in general, are different. There is no standard length of time for maintaining an erection.

Essentially, you should remain erect for as long as the erection is pleasurable for sexual activity, either with a partner or by yourself. And when you are no longer aroused sexually, your erection should disappear.

According to a particular 2005 study involving five hundred couples, the average erection achieved during sex lasts for 5.4 minutes. However, it is important to note that regular erections can last anywhere from a few minutes to a few hours, although this is neither healthy nor possible.

It is also worth noting that not all erections are initiated through sexual arousal or stimulation. In general, there are three types of erections. Reflexogenic erections occur when something physically touches your genitals, triggering arousal.

On the other hand, psychogenic erections occur in response to a stimulus, such as sexual fantasies or memories. Nocturnal erections, just as the name implies, are erections that occur during sleep. Nocturnal erections are unconscious and uncontrollable and may occur three to five times during the night. They usually last for up to 30 minutes!

How much Viagra should I take for fun?

While Viagra has proven to be a highly effective ED medication, it is not meant for everyone. And this is why it’s highly recommended that you only take Viagra with a doctor’s prescription. Viagra as well as other PDE-5 inhibitors are meant to be used only by ED patients and should, therefore, be prescribed only by a healthcare provider!

So what are the dangers of misusing ED drugs such as Viagra?

First and foremost, it is imperative to note that one of the major risks of purchasing medications from unreputable online sources is that these drugs could be likely fake, expired, ineffective, or even contaminated. Illegitimate Viagra may not feature sildenafil in its ingredients, which implies that you could be wasting your hard-earned bucks on a product that won’t work!

However, more important than money is your overall health, with Viagra having numerous potential side effects that you could face if you take to use it irresponsibly. Possible Viagra side effects include runny nose, headaches, nosebleeds, heartburn, diarrhea, changes in vision, flushing, sensitivity to light, back pain, muscle pains, insomnia, and stomach pains, among others.

It is also possible for men who don’t have ED to become psychologically addicted and dependent on Viagra, making it impossible for them to achieve and maintain an erection without using the drug!

How do you know Viagra is working?

As already mentioned, Viagra takes between 30 minutes and 60 minutes to start working after taking it. And when it does, it will cause more blood to travel toward your penis, causing an erection. However, the drug doesn’t trigger an erection on its own. You still need to be sexually stimulated or aroused to get an erection.

Does Viagra affect a drug test?

If you are planning to enter the fields of military or sports where drug tests are often conducted to check for substances that may enhance metabolism and hormones. However, it is important that Viagra is an ED medication that does not affect either your metabolism or hormonal balance.

As a result, routine drug testing or even pre-employment screening don’t specifically test for Viagra. What’s more, Viagra use isn’t illegal, so you don’t have to worry about your Viagra use affecting your drug screening results.

The bottom line – How Long Does Viagra Stay In Your System?

So, how long does Viagra stay in your system? As above, depending on your Viagra dosage, age, body metabolism, and your diet, Viagra can remain active in your body between 2 and 4 hours.

Then, once you take the drug, you can expect a hard erection that lasts for 33 minutes on average. Any traces of Viagra should exit your body within 24 hours after taking the medication. 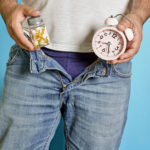 Does Viagra Make You Last Longer? Find Out Now! 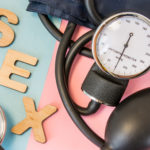 Side effects of Viagra use – When you Should not take Viagra

Erectile dysfunction is a very common condition that impacts the sexual function of millions of sexually active men across the globe. ED can make your sex life difficult, rendering you unable to have or sustain erections firm enough for penetrative sex. And while there are a number of treatment options for erectile dysfunction, Viagra has…

What is erectile dysfunction? What you didn’t know!

Sildenafil Side Effects – The 12 most common ones!

Erectile dysfunction is a medical condition characterized by a man’s inability to achieve or maintain an erection firm enough to have sexual intercourse. Learn here about the Sildenafil Side Effects. Occasional erectile dysfunction isn’t usually a big deal. Many men experience ED symptoms, especially during stressful moments. However, frequent ED can be a sign of…